Government of the District of Columbia
Department of Transportation

Community Invited for Afternoon of Music, Food
and Fun for the Entire Family

The 11th Street Local Bridge will be transformed into a family-friendly venue featuring a main stage for entertainment, a variety of local food trucks and speakers from various District agencies.  Attendees can visit table top booths to get more information about DDOT’s programs and initiatives as well as other District agencies at the “Information Lane.”    Photo opportunities will be available from the local bridge’s scenic overlooks, which offer tranquil views of the Anacostia River and Nationals Park. 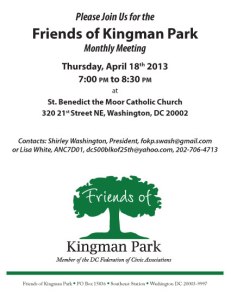 On Benning Road From 21st Street To 24th Street The DC Streetcar construction team will start work April 1 on the installation of OCS (Overhead Cantenary System) foundations at the streetcar route’s Eastern Turnaround on Benning Road. The OCS foundations are installed underground at designated points and provide the base for mounting the poles and wiring that deliver power to run the streetcars.To accommodate the construction activity, the following traffic and parking restrictions are necessary:

Ø  At 21st, eastbound Benning Road traffic will be channeled into a single lane to 24th.

Ø  Motorists will have no access to 23rd Place from Benning Road. To reach 23rd Place, local traffic (residents and visitors) will be directed to use the alleyway that runs between 21st and 24th Streets.

Ø  Left turns and U-turns from Benning onto 21st, 23rd, and 24th will be prohibited.

Ø  Vehicular and pedestrian access to establishments with parking lots in this area – T-Nails, 2305 Benning; MillionMan Tires, 2101 Benning; and the Crown gas station, Benning at 21st – will be maintained through side streets and gaps between the traffic-control devices.Advance warning signs will be posted. The schedule is subject to change due to weather, material and equipment availability and other unforeseen conditions.

A straw poll will be conducted after the forum; all present may vote. 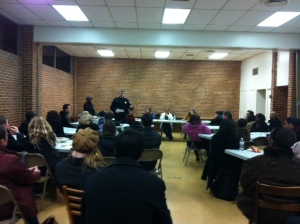 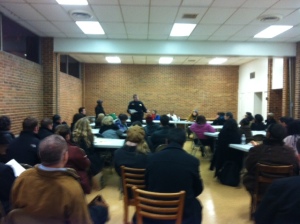 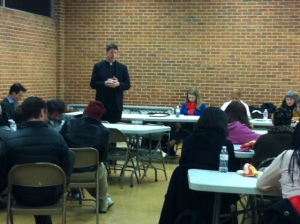 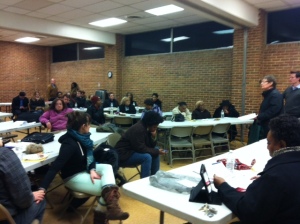 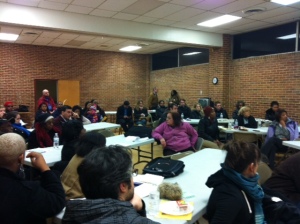 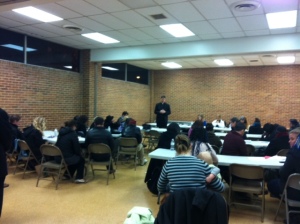 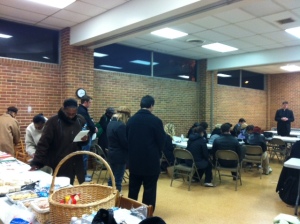 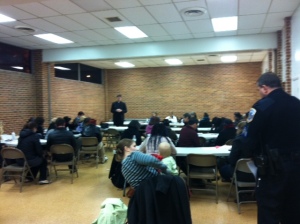 (Washington, DC) The Metropolitan Police Department (MPD) has provided the following information about scheduled street closures for the 2013 Rock N Roll USA Marathon and Half Marathon that will be held in the District of Columbia on Saturday, March 16, 2013.

In order to facilitate this event there will be no vehicular traffic allowed along the routes of the races. However, there will be bump routes that will allow vehicles to cross when runners are not present. The races are scheduled to begin at approximately 7:25 a.m.; however some street closures will begin as early as 12:00 a.m. around the start and finish line. All streets affected by this event are expected to be reopened as early as 9:30 a.m., and no later than 2:00 p.m.

Motorists should expect delays during the races. Citizens who have issues that need resolution or if there are any questions regarding traffic access points during the races are advised to please call 202-727-9099.

The marathons will form at Constitution Avenue, NW, just east of 14th Street, NW. The route of the marathon is as follows:

Half Marathon Turns ONLY

· U-Turn on L’Enfant Plaza (in front of USPS)

· Merge onto the Anacostia Riverwalk Trail

Bump Routes are as follows:

All street closures and listed times are subject to change based upon prevailing or unexpected conditions. 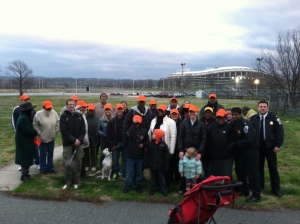 Hi Neighbors, it’s time to dust off your orange hats and come join in some fun! We will kicking off our Orange Hat Patrol (OHP) neighborhood walks beginning on 6 March and continuing on the first Wednesday of each month through October.
Our meeting time/point will be 7 pm at the triangle park just across from the Saint Benedict the Moor Catholic Church and School on 21st St NE and Oklahoma Ave NE.
For your planning purposes, OHP walks will be 6 Mar, 3 Apr, 1 May, 5 Jun, 3 Jul, 7 Aug, 4 Sep & 2 Oct (1st Wednesday of each month). Bring yourself, bring your family and/or bring your dogs…great weather, great fun and great exercise!
Being a part of OHP is a great opportunity to get out and meet your neighbors/local patrol officers and also sends a big signal that “We Care” about our neighborhood.
As always, please feel free to contact me at kevindstpehens70@yahoo.com if you have questions, comments or need additional information.
Kevin Stephens/KP OHP Coordinator (202) 341-9466
Lisa White/ANC Commissioner SMD 7D01 (202) 706-4713

Interesting article about the closing of Joel Elias Spingarn Senior High School and how its impact can be a lasting one for the children that attend the school. Please check out this link below.

Tonight, Joel Elias Spingarn Senior High School — alma mater of Elgin Baylor, Dave Bing, and many other less household-named stars — plays its last boys basketball game. Eyed as the location of a vocational training center, Spingarn will close as a general admission high school after the school year ends. The Post’s Roman Stubbs looks at the end of its six-decade run that will live in hoops history: “Wearing the Green Wave uniform was more than a high school experience for generation after generation of players; it was a chance to connect with playground legends, college all-Americans, first-round NBA draft picks, Hall of Famers, and two stars named among the NBA’s 50 Greatest Players.”

Mayor Vincent C. Gray will deliver the 2013 State of the District Address, where he will report on the status of the city and his administration and outline his agenda and priorities for the coming year.

The Sixth and I Historic Synagogue is a cultural institution and community center that connects the District’s past, present and future and symbolizes the city’s multicultural nature. Originally built in 1908 as the home of Adas Israel, one of DC’s oldest Jewish congregations, the building was purchased by Turner Memorial African Methodist Episcopal Church in 1951. It served as Turner Memorial’s home for half a century before that congregation moved to a new facility. A group of civic leaders acquired and renovated the Sixth & I building, reopening it in 2004 as a non-denominational, non-membership-based synagogue that serves as a cultural and educational center for the entire DC community. Emblematic of the rebirth of the District’s downtown, the Sixth & I Historic Synagogue has become a center for the arts, entertainment and community engagement.
..

With all the plans for redevelopment slated to come East of the River, does this mean that Gentrification is inevitable? Join r.e.e.l. in having a healthy discussion regarding the future of our communities.

We have invited an esteemed panel of business owners, residents and policy makers in discuss first hand accounts about the lessons they have learned when neighborhoods are redeveloped. We are taking the conversation beyond just the black vs. white argument. We want to help prepare our community for the FUTURE!

Stay tuned for more information on the Next ANC SMD 7D01 meeting.

ANC 7D01
Create a free website or blog at WordPress.com.