Hi Neighbors, it’s time to dust off your orange hats and come join in some fun! We will kicking off our Orange Hat Patrol (OHP) neighborhood walks beginning on March and continuing on the last Thursday of each month through October.
Our meeting time/point will be 7 pm at the triangle park just across from the Saint Benedict the Moor Catholic Church and School on 21st St NE and Oklahoma Ave NE.

For your planning purposes, OHP walks will be on the last Thursday of each month (Mar – October). 27 Mar, 24 Apr, 29 May, 26 Jun, 31 Jul, 28 Aug, 25 Sep & 30 Oct. Bring yourself, bring your family and/or bring your dogs…great weather, great fun and great exercise!
Being a part of OHP is a great opportunity to get out and meet your neighbors/local patrol officers and also sends a big signal that “We Care” about our neighborhood.

– Discourages Criminals
In some cases, the presence of a Neighborhood Watch in a community is enough to deter potential burglars from stealing from nearby homes. Most burglars take advantage of opportunities where they are able to act undetected. By having a watch program, a burglar will have less of a chance of being able to steal from a home without getting caught.
– Protects Your Home
Besides helping to monitor your neighborhood for burglars, you are also helping to increase the security level of your own home. It’s a proven fact that a Neighborhood Watch program helps to lower crime rates in a community, which subsequently decreases the chance that your own home will be the target for a criminal.

– Get to Know Your Community
Being a part of a Neighborhood Watch program is a great way to become better acquainted with the members of your community. By knowing the people in your neighborhood, there is a better chance that they will go out of their way to help monitor your home’s security.

– Aids Your Local Police Force
Having a Neighborhood Watch program in a residential area helps to take some of the surveillance burden off of the local police force. Because of this, it also helps to increase the ability of the police to quickly respond to crimes. In most cases, a police officer will volunteer to attend local Neighborhood Watch meetings, in order to provide helpful information about how to protect your community from criminals.

As always, please contact me at kevindstephens70@yahoo.com if you have questions or would like additional information.
Kevin Stephens(202) 341-9466

The Metropolitan Police Department wishes to advise the public that the 2014 Rock N Roll USA Marathon and Half Marathon are scheduled to be held on Saturday, March 15, 2014. In order to facilitate this event there will be no vehicular traffic allowed along the routes of the races. However, there will be bump routes to allow vehicles to cross when runners are not present.

The races are scheduled to begin at approximately 7:25 am; however some street closures will begin as early as 12:00 am. All streets affected by this event are expected to be reopened at approximately 2:00 pm, depending on prevailing conditions. Motorists should expect delays during the races.  Individuals who have issues to be resolved or questions regarding traffic access during the races should call (202) 727-9099.

The marathons will form at Constitution Avenue, NW, just east of 14th Street, NW. The route of the marathon is as follows:

Half Marathon Turns ONLY

·         Merge onto the Anacostia Riverwalk Trail

Bump Routes are as follows:

This Holiday Celebration is also the time when we ask everyone to bring unwrapped coat or
accessory for an elementary school child ranging in age from 5-12.
The schools that will benefit from your generosity are Smothers and J.C. Nalles.

A dinner buffet will be served along with good dancing music!

Join the fun…….Moon Bounce, Games; Build a Scarecrow, Best Costume, and Light Refreshments will be served!

Come dressed in your Halloween Best!

Also, Councilmembers and Candidates running for election have been invited to attend.

This event is sponsored by Kingman Park Rosedale Community Garden, KPR MOMS, Friends of Kingman Park ANC –SMD7D01 and YOU! 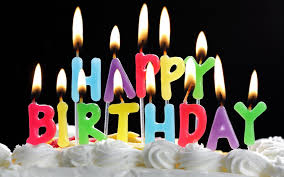 Government of the District of Columbia
Department of Transportation

Community Invited for Afternoon of Music, Food
and Fun for the Entire Family

The 11th Street Local Bridge will be transformed into a family-friendly venue featuring a main stage for entertainment, a variety of local food trucks and speakers from various District agencies.  Attendees can visit table top booths to get more information about DDOT’s programs and initiatives as well as other District agencies at the “Information Lane.”    Photo opportunities will be available from the local bridge’s scenic overlooks, which offer tranquil views of the Anacostia River and Nationals Park.

Stay tuned for more information on the Next ANC SMD 7D01 meeting.